LIFE IS WHAT YOU MAKE IT

Jan 2017 I was completely broke! I had nothing I slept in my house that was up for foreclosure. My power was turned off as well the water. I was at rock bottom. Four years later I’ve made millions of dollars. I’ve also been featured in Forbes Magazine for training hundreds of thousands of people on how to make money from anywhere in the world in real estate with just a laptop. There’s over 5 million dollars in success stories and still growing. I tell you that because no matter what your current situation you can change! Let’s get to work. #ItsOurTurn 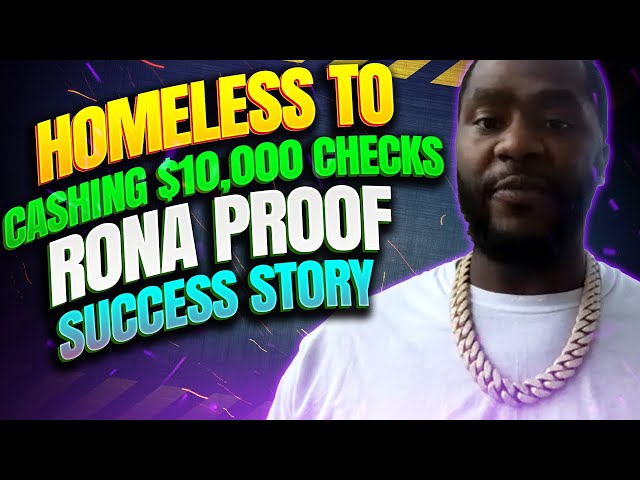 Get access to Tony The Closer's best content in a 3 hour training plus get both of Tony's ebooks RonaProof... Learn more Imagine this: You're face-to-face with a motivated seller. You thought they wanted to sell their house to you...but now that... Learn more I wrote The Rona Proof Wholesale System Book because I knew there were a ton of other people like me, who... Learn more • Access Tony's 10 Step Method and master the art of wholesaling real estate.
• Get all of the most up to date contracts for securing MASSIVE deals.
• Tune in with Tony LIVE every week to our members-only community.
• Exclusive access to the best wholesaling softwares available... PropStream® is the most trusted provider of real estate data nationwide. We empower real estate investors with the data, investor tools, and marketing solutions you need to make informed decisions and stay ahead of the game.

With PropStream, you can quickly research and evaluate properties, both on and off market, to determine if they meet your investment goals. Target motivated sellers, find cash buyers, compare accurate comps, and much more with our easy and accurate filtering systems.

get your 7 day free trial now! Capture their heart with the thought not the money. The only energy we have for our queens is to uplift... Learn more No Refunds No Peace T-Shirt

Limited supplies available- The official shirts worn at the No Refunds No Peace protest bringing awareness to Jay Morrison and... Learn more TONY IN THE MEDIA

More about the man behind the powerhouse brand. STAY UP TO DATE!

Join our newsletter and stay current with Tony's workshops, new releases and much more.

Use this popup to embed a mailing list sign up form. Alternatively use it as a simple call to action with a link to a product or a page.

By clicking enter you are verifying that you are old enough to consume alcohol.

Your cart is currently empty.